AUGUST 26, 2015 – Whether it’s a personal predilection, always seeking that silver lining amongst the darkest of clouds, or the happy coincidence that this is the 95th anniversary guaranteeing American women the right to vote—but I already see some interesting positives in Donald Trump’s acerbic quest for the White House. For sake of clarity, I’m by no means endorsing his opportunistic ideological mindset or his pugnacious platform. However, I applaud the fact he actually ran, and in doing so has taught us much about existing blemishes in our modern Constitutional Republic.

We’re Living In the Age of Kardashian. 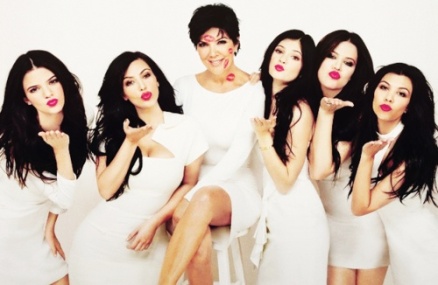 As a nation we’ve plummeted toward a miasma of the trivial, contented in the superficial and the outrageous. Alongside our unbridled delight in the shameful we have paradoxically bridled ourselves with the censorious restraints of political correctness. We now live in a society where celebrity trumps common sense and true human decency is nothing more than an ersatz hashtag.

Our political leaders (a pox on both parties) are incapable of leading as they’ve become obsessed with power and celebrity as the final end product, rather than a means to do Good.  In this dumbed down culture, even a onetime dignified presidential fireside chat to the entire nation is now a flippant appearance on Comedy Central. As for the once respected media, it’s become depressingly “tribal”—no longer the peoples’ ombudsman; instead devolving into paid propaganda shills for their respective sides or fawning over the latest luminary pregnancy.

Are We Angry Enough at Political Leadership to Deserve Change?

The unintended outcome is a confused citizenry that’s quick to whine, yet slow to act in any meaningful manner. Yes, we all hoped for change but found nothing but a remorseless

decline. We turned to our political leaders for guidance; they in turn promised the world in exchange for their reelection—all the while whining the loudest about those from the other tribe, as they systematically accomplished little in a self-serving scheme suited to preserving the status quo.

As the babble of conflicting voices mounted, with those occupying the ideological extremes being the shrillest, it had become apparent that an agent of change was now essential. Yes, the once supine electorate had begun to take notice—and had finally gotten angry. And the two most unlikely candidates have stepped in to fill the void… 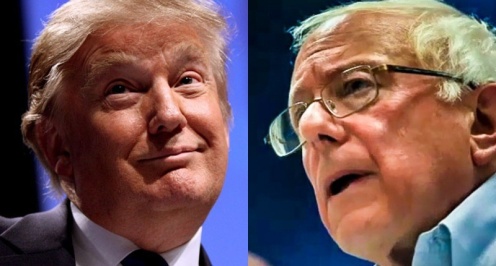 Acknowledging this political leadership vacuum, both sides across the political divide have, simultaneously, identified for themselves unconventional champions.  And the sustained embrace of these two unlikely frontrunners can only be interpreted as an unabashed mutiny against the ineffectual status quo; with Trump being the more dramatic manifestation of this public resentment toward the political class (as an Independent Democrat, Bernie remains a politician—though admittedly an iconoclastic one).

This rise of the unconventional candidate alone makes a Trump campaign, despite the sound and the fury, worthy of being. A message is being transmitted to the political hacks; lobbyists and current tenants of the Potemkin village in Washington D.C. that enough is enough. This is an emancipation of sorts from a most unlikely source, and I wonder if we will seize the moment.

The fact that more than twenty four million Americans tuned in to watch the first Republican debate on Fox News is an absolute stunner. In this age of apathy and fluff it’s a surprising and welcome windfall of Trump’s celebrity presence. Did those twenty four million tune in to see Rand Paul?  I think not. It appears celebrity is now a necessary inducement to activate higher participation in our democratic process. So be it. It’s certainly preferable to the alternative; a lack of interest and chronic voter apathy. That’s how it should be; the American people should have a loud voice in their democracy—and take a keen interest in those that claim to advocate on their behalf. And so another lesson is gleaned from Trump’s venture into the political arena.

As unlikely candidate that he is, Trump has already provided another valuable service to this nation. With his bombast he has effectively shattered the death-grip choke hold of the

political elites. We’ve been indoctrinated with the conventional narrative that politics is only for politicians. And that it’s best political leadership remain in the grasp of professional politicians (and their cadres of lobbyists). With his billion dollars and chuztpah Trump has convincingly proven that’s all bunkum!

A virtue of the Trump phenomenon is that by his flawed yet forceful presence, he has dramatically increased the potential talent roster for the highest office in the land.

The depth of the bench is now that much greater. However, do prospective candidates now realize it? No doubt gifted men and women, with considerable talents and abilities on offer, have been relegated to the cold comfort of the political sidelines. They had bought into the claim that only a professional politician had the nous and sanitized biography to qualify for the job; and that the campaign trail would tear a political neophyte apart. The Teflon Don has proved otherwise, warts and all.

This has to be an encouraging development for those patriots with an itch to get involved—but had adjudged themselves unqualified due to lack of political experience.

And so we enter the realm of the theoretical; a notion once improbable pre-Trump, but now attractively feasible. We need a celebrity, not a politician,  with a stratospheric recognition Q Score, devoid of “warts and all,” who has the intellect and refinement to lead—appreciated by men and adored by women (no matter their political persuasion), and who happens to be well married. Someone whose smile can replace Trump’s scowl; and ensure our emancipation from the political technocrats is complete.

Wait a moment, there is such a candidate, potentially… 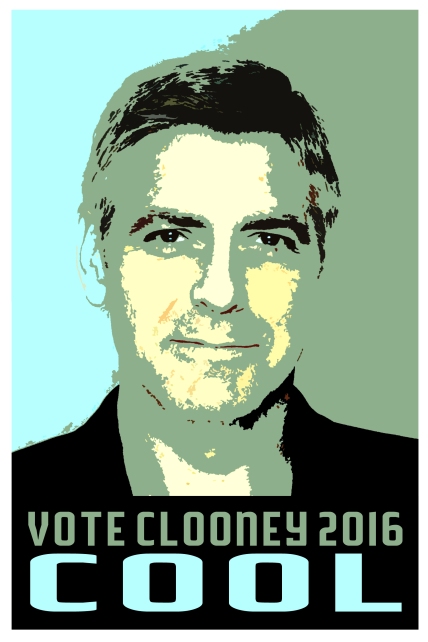 The man brings the luster of refined celebrity to any task and has lived a life replete with decency and unheralded activism. As for being an actor, Ronald Reagan has already resolved that question. In a word, Mr. Clooney is the manifestation of “Cool.” A refreshing contrast to the petulant, hot under the collar Lilliputian leaders—or aspiring leaders that are currently clogging the airwaves with their spiteful propaganda. And George Clooney is successful, suggesting he is capable of being his own man—not depending on the graft of lobbyists and special interests. In the celebrity hands of folks like Clooney our emancipation from the elite political class would be complete.

Curious to know what you might think about a possible celebrity presidency? Good or bad thing…what’s your opinion?

Note: To my knowledge Clooney has shown no interest in seeking the Presidency. I’ve merely used him for illustrative purposes, as an example of how politics in the United States could well change in light of Donald Trump’s illuminating campaign. And to show that it is feasible, in this environment of insurgent politics, for an outsider to seek higher office.

About the Author: Mark Fine was born in Johannesburg, South Africa. He has made the United States his home since 1979, living in New York, Minneapolis, and Los Angeles. For four decades he has worked alongside world famous recording artists. He eventually launched his own award-winning record label, Hammer & Lace, with a mandate to produce benefit albums in support of such causes as breast cancer awareness, at-risk children, and wildlife conservation. 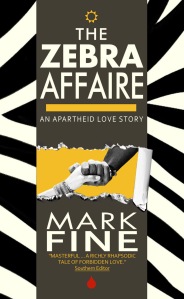 For these philanthropic initiatives Mark was voted by Variety magazine as the “Music Executive with 20/20 Vision.” He has also contributed articles to entertainment industry publications, and conducted public speaking engagements at multimedia events. Now he resides in the South Bay, where he lives with his two sons, his “significant other” and Charlie, a neighborhood dog that drops in from time to time. There he wrote the historic romance novel, The Zebra Affaire. Set in politically extreme apartheid South Africa, Mark brings an insider’s perspective to the gripping account of a bi-racial couple’s forbidden love.

This site uses Akismet to reduce spam. Learn how your comment data is processed.